Top 10 Steampunk Gift Ideas for Him and Her

If you are looking for steampunk gift ideas you probably already know about steampunk fashion. However, if the inspiration is a friend who loves semi-vintage, semi-mechanical figurines then you might start with search phrases like “small vintage clock”, “pink matte metallic octopus” etc. So, let me introduce you to Steampunk fashion which was and is a lifestyle for a lot of people. 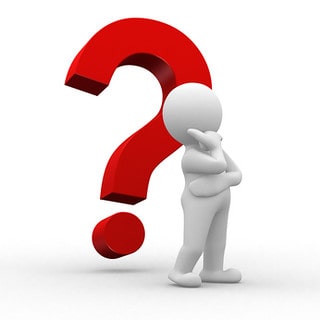 “Steampunk is a fusion of technology and aesthetic designs inspired by steam-powered machinery of 19th century”.

As for a deep dive:

Steampunk originated from the cyberpunk genre however, steampunk works were in the era of Victorian and American wild west fashion. Do you know why steampunk features retro-futuristic inventions? Well, the world was evolving and steampunk is a true reflection of the 19th century’s perspectives of culture, technologies and fashion. People were imaginative, hopeful and expecting a lot from technology. They represented technology in mechanical computers, airships, steam cannons and incorporated fantasy, horror, historical fiction and speculative fiction which led to steampunk’s evolution as a hybrid genre. 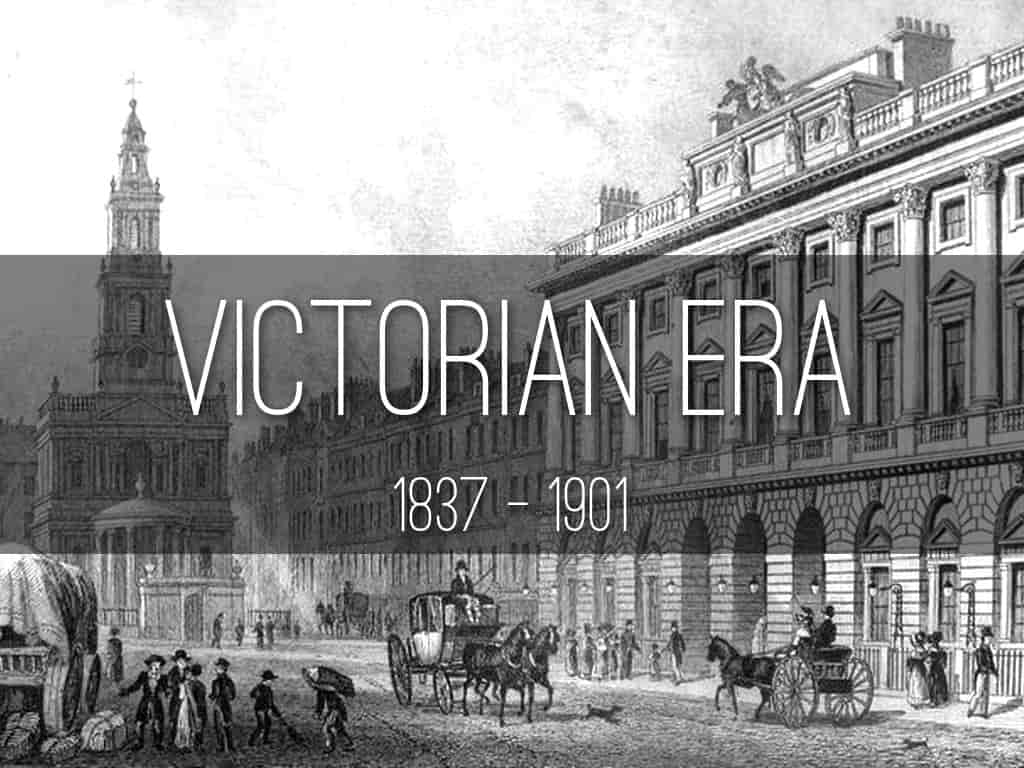 Have a look at history:

The term Steampunk was used in 1987 for the first time by K.W. Jeter in a letter to Locus Magazine. He was trying to describe his works including Morlock Night. William Gibson and Bruce Sterling were the pioneers of highlighting steampunk as a genre with The Difference Engine (1992). In the time of the alternative industrial revolution, Charles Babbage’s Difference Engine was exceeding curiosity to meet realization. This book was about the working class’s fear of technology and the elite’s attitude towards it.

This book is considered to give momentum to the steampunk movement. However, decades before The Difference Engine steampunk cinematic and television works existed.

Steampunk evolved from a subgenre of science, fiction and fantasy to fashion, engineering, music, and lifestyle.  The fashions of the Victorian Era in England (1837-1901), the Belle Epoque in France (1871-1914) and the Civil War era in the United States (1861-1865) are the major influencers of steampunk aesthetics. The clothing from these periods is almost always updated by the use of diverse mechanical elements.  Steampunk artists are known to transform scrap parts into expressive figurines. 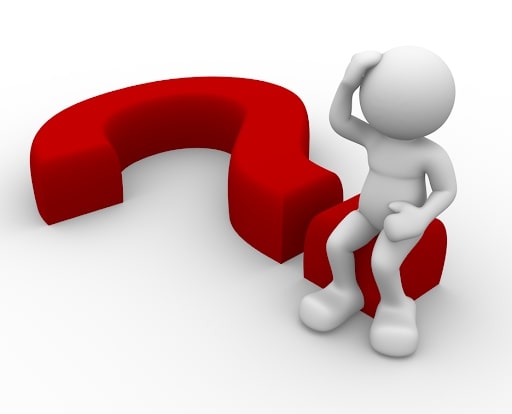 How “Punk” joined hands with “Steam”?

We can understand this steam in this aesthetics’ name by considering the technology of that time which was powered by steam. However, the second part punk needs some explanation. And it can be explained as an expression of creativity and a statement of individuality through gadgets, style and attitude. It might be named by others to the people of style which was odd to them or opted by themselves for the expression of individuality. Whatever, the case punk suits with steam. 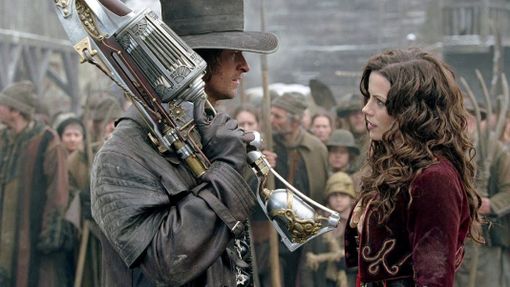 Let’s have a look at some steampunk movies/comics/videogames etc.:

The Wild Wild West is a TV series that featured the use of inventions by two agents to fight with enemies. The League of Extraordinary Gentlemen was Alan Moore’s comic book adapted by Hollywood is a good fit for the steampunk genre. The story of this comic took place in the imaginary Victorian age with late 19th century characters including Dr. Jekyll, Mr. Hyde, Captain Nemo and The Invisible Man.

And probably the most famous steampunk work you know is Sherlock Holmes in which a famous detective unpacks mysteries in alternate British Empire with retro-futuristic gadgets.

Steampunk made multiple video game appearances including BioShock Infinite released in 2013. The game’s set was a floating, anachronistic city of 1912. This game is one of the best steampunk games with empowering steampunk outfits, airship, steam-powered machinery and much more.

Now You Know Steampunk, the next is an awesome collection of steampunk figurines to gift someone or yourself. 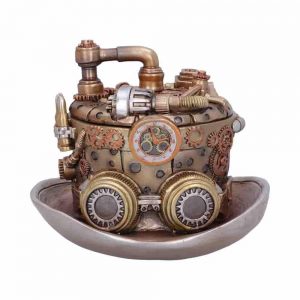 This hand-painted brown box will be a perfect addition to your steampunk collection. This 14.5cm figurine seems like a bowel in a slight bend plate. The bowel and its cover are detailed with small and large gears. It is a fusion of rustic gold and copper in color. Steampunk Hat trinket box comes in a brown box packing and is made up of high-quality polyresin. 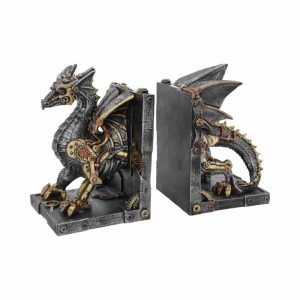 Do you have a friend who is a book lover? Then why not introduce him/her to steampunk by gifting these awesome dragon bookends. With fine detailing, gray and gold color finishing, and quality material, these figurines will serve as the best steampunk gift. When you/your friend will use these bookends, it will depict that the dragon’s belly is having your books. They are made up of the finest polyresin but are heavy enough to hold the books in place with 2.58kg weight. The packing is also of a conventional brown box. 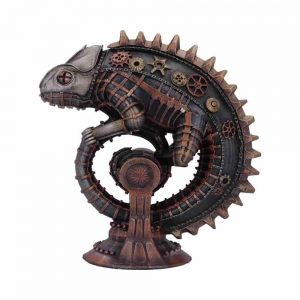 What can feel more steampunk than a mechanical chameleon? These old-world lizards can change color in real life but their steampunk figurine come in black with copper color detailing. Our chameleon is detailed with gears. Gear detailing of hind will remind you of a spined dinosaur. This 1.375 kg and 22.3cm figurine is made up of polyresin and comes in brown box packing. Another highlight of this perfect steampunk gift is hand painting. 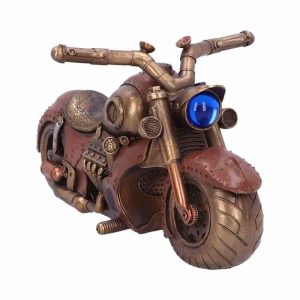 The cruiser was employed for the first time in the 17th century for warships. However, COGWORK Cruiser is not a ship but a motorcycle. So, you can confidently gift this steampunk figurine to vehicles and sports lover friends of yours. It comes in elegant copper and gold color. It is 30cm and 1.483kg in weight. The hand-painted figurine is detailed with cogs, gears, rivets and more. It is made up of the finest polyresin and comes in a brown box packing. By the way, the blue headlight is something out-of-the-box elegance. 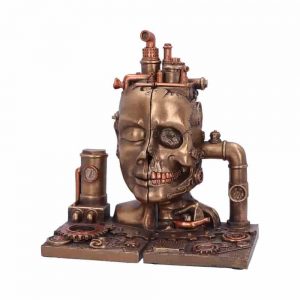 Here is one more idea to plan an awesome gift for a book lover friend of yours. However, it would be surprising because of that horror science fiction outlook. The one side is like skin peeled from the face, one busted eye revealed brain which includes pipes and revealed teeth. The copper and gold rusted finish look elegant. This 22.5cm figurine is of 1.725kg weight, made up of resin, detailed with gears and comes in a brown box packing. 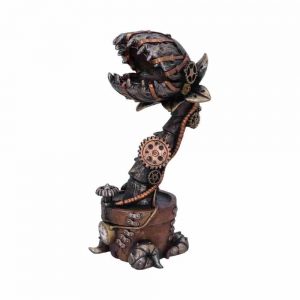 The meat-eating organisms are called carnivore and believe me the living one give the feel or not but this figurine is proving the point. Greyish black painted carnivore is detailed with copper gears and stripes. The copper stripes pierce through the teeth and make it look scary. The trunk is of copper finish with a small gold watch and feet detailing. This Venus flytrap figurine is made up of the finest resin, is hand-painted and detailed with cogs and rivets besides gears and stripes. It is hand-painted, is of 1.011kg weight and is 24.3 cm. The packing is of the brown box however, you can customize packing to gift your friend who is into the horror genre. 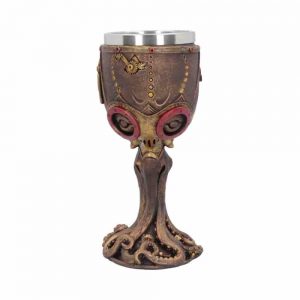 You might know glass goblets as chalices and as multipurpose glasses found in fine dining places. Imagine having a chance to have glass goblets in steampunk style. You can gift this mechanical cephalopod octopus’ wine glass goblet to a culinary lover friend of yours. It will serve the purpose. Stainless steel is inserted in resin to craft this figurine. Rustic copper, gold and blood-red are hand-painted on this 18.5cm figurine. Besides goblets, this 0.5kg figurine will remind you of Davy Jones from Pirates of the Caribbean. Mechanical cephalopod octopus wine glass goblet comes in brown box packing.

Tankards are tall beer mugs typically crafted of silver or pewter. However, this steampunk steaming skull mug is made up of stainless steel inserted in resin. The gold and copper finished hand-painted mug gives a solid feel. It is detailed with copper pipes, gears, cogs and bronze skulls. The stainless-steel casting is dishwasher safe and can be easily cleaned. It is 0.651kg in weight, 15.3 cm and comes in brown box packing. This tankard mug is a perfect gift for a beer or coffee lover friend or family member friend of yours. 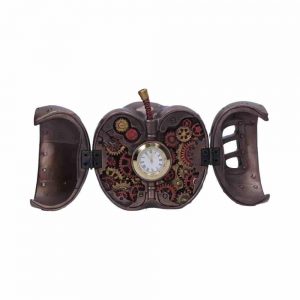 Steampunk forbidden fruit apple clock is a 0.517kg figurine made up of polyresin. The apple figurine can be closed and opened. When closed it feels like bronze armor and when opened up it reveals a clock encircled by clogs and gears. The hand-painted figurine’s clock is powered by a 1 SR626SW battery. It comes in gift packaging. It will be a great gift for a vintage-loving friend of yours. It will remind them of the time you spent together and make them find time from their schedule to catch up with you. 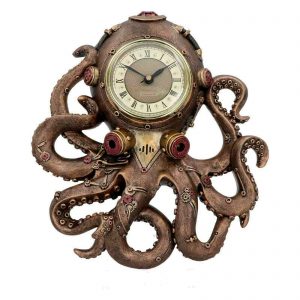 This 26cm clock comes in gold, copper blend finishing. Seven octopus’ limbs of the clock are detailed with gears and bolts.  Polyresin casting and 1.03330kg weight come in brown box packaging. This clock gives a vintage feel and is best for all tastes. It can be a great home warming gift for your friend’s new house.  In fact, it will be satisfying and of pleasure for anyone having a taste for antique or vintage styles.

Gifts are considered as an expression of care and love. However, there are always awkward moments associated with giving and receiving presents. To avoid such moments, you should have a look at some gift-giving etiquettes below which I am offering you to reach the bottom line of this article. So, keep the following points in mind while planning a gift:

Steampunk fashion and style evolved by the expression and inspiration of the 19th century’s steam-powered machinery. It was influenced by several alternate world styles including Victorian fashion, French belle epoque and United States’ civil war era. Steampunk transformed from a style to a lifestyle. Before planning a gift, you must be familiar with the recipient’s likes and dislikes, occasion, type of relationship with him/her, etc. Overlooking one of them will be a disaster. So, plan ahead of time it also shows your love and cares for the recipient as time is the most precious thing.

Gifting a steampunk figurine to a steampunk style lover will win their heart. All you need to take care of is the quality of the figurine. You can select from the above-mentioned figurines without worrying about budget or quality. Steampunk clocks, glass gobbles, hatter box, mechanical chameleon, dragon bookends, cruiser, tankard mug and much more from our website.